The Building a Safer Future Charter is being managed and developed by the Considerate Constructors Scheme (CCS) who were appointed as the Charter’s Administrative Partner by the Early Adopters.

Our skills-based Board of Non-Executive Directors comprises: 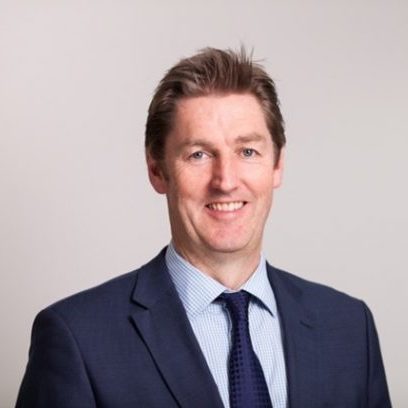 Steve Elliott joined the Chemical Industries Association in 1997, spending four and half years as Head, International Trade with additional responsibility for Sustainable Development. In April 2002, he was promoted to the position of Director, Trade & Competitiveness and subsequently Director, Business Environment. Steve was appointed Chief Executive of the CIA in February 2006.

Steve possesses a first class BA (Hons) degree from Nottingham Trent University, and is an Associate Fellow of the IChemE. Prior to his career with CIA, he spent fifteen years working with the DTI, a South African trade advisory body and Crown Agents as an international trade policy and promotion specialist, as well as in general consulting with the BPI Group.

Steve is currently a member of the COMAH (Control of Major Accident Hazards) Strategic Forum and a member of the Process Safety Management Competence Board. He also sits on the Board of the Involvement and Participation Association (an employee relations think-tank), is a Trustee of the chemical industry’s training body, CogentSkills, and chair of the European Chemical Industry Council (CEFIC) Communications Network. Former roles include Chair of the UK’s Energy Intensive Users Group and President of the European Chemical Employers Group. 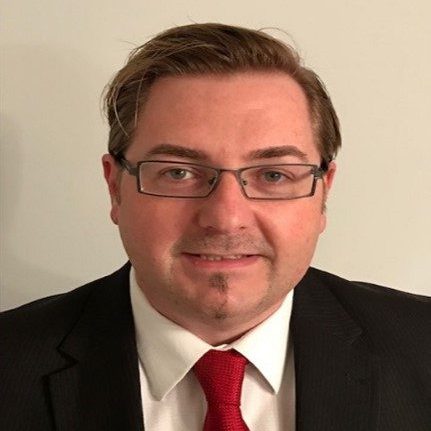 As Director of Resident Safety at London Borough of Camden, John has built a robust reputation as a key national influencer of building safety reform, adding to his proven career record of leading safety, risk, assurance and wellbeing across numerous public and private sector organisations.

With a passion for enabling behavioural change, John has successfully delivered strategic safety leadership for over 25 years – complementing his extensive NHS, Housing and Local Government background with a number of senior roles with multinational and global organisations including British Airways, Balfour Beatty and Amazon.

More recently, John has worked closely with the Government in helping to shape the new Fire and Building Safety Bills – being the first Local Authority Early Adopter with the Ministry of Housing, Communities and Local Government (MHCLG) and actively participating in their Policy Design Trials through to in-depth discussions with the Home Office regarding various aspects of Fire Safety reform – including updating Regulation 38 and practical implementation of the new legislation.

John holds an MBA with Distinction, an MSc in Safety, Health and Environmental Management and a BSc(Hons) in Design Engineering and Business. He is a Chartered Member of IOSH, Specialist Member of IIRSM and Technical Member of the Institute of Fire Engineers. 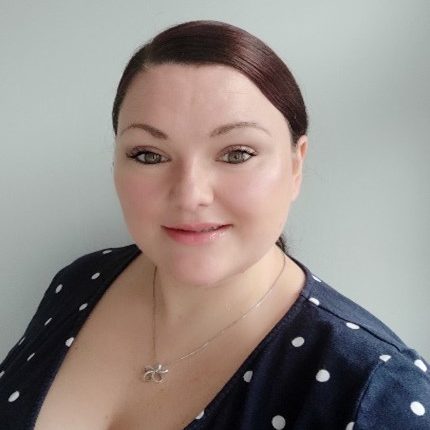 Paula has worked in a range of roles in social housing for registered providers both large and small. Her experiences vary from contract management, customer service and most recently development, but her passion has always been ensuring that residents are at the heart of what she does.

Her current role is Assistant Director of New Homes and Quality at Peabody, one of London’s oldest and largest housing associations. She leads a multidisciplinary team of construction professionals to deliver the highest quality and service. Her main responsibilities are for housing delivery, construction quality and customer service across Peabody’s ambitious development programme and she is committed to tackling London’s housing crisis whilst maintaining the highest standard of build and experience.

Paula has been heavily involved in improving building safety legislation, culture, and competence in the built environment industries in recent years. She plays an active role in MHCLG’s Early Adopter Programme; is a member of the National Federation of Housing National Building Safety Group; and is working with BSI as a member of their Build Environment Competence Standards Strategy Group. She is also a member of the Charter Institute of Building (CIOB).

Paula is thrilled to join the board of Building A Safety Future, she is keen to bring her range of skills in construction, housing and customer service to help ensure the Charter’s offer and governance remains focused on those who will be living in the homes that will be built and managed by our members. 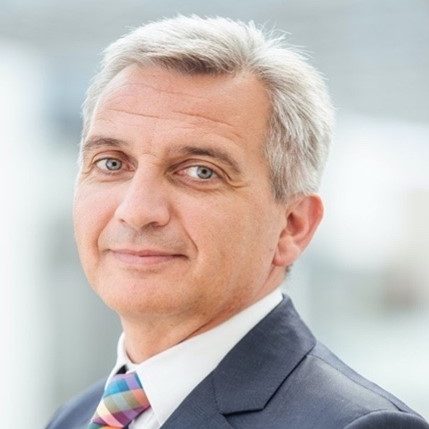 A qualified commercial pilot, John has over 28 years’ experience in commercial aviation flying various types of commercial aircraft. His career has included leadership roles various areas and he has extensive experience in recruitment, training and safety and security. His current role is as Director of Safety and Security at British Airways.

He has worked extensively with aviation regulators to support the development of aviation regulation on several subjects to facilitate the continuous improvement in the safety and operational performance of the industry. Other roles currently include acting as a specialist advisor to the Safety Review Committee of NATS Plc the UK’s leading provider of air traffic services and as Vice Chair on the Industry’s Safety, Flight and Ground Operations Advisory Council. 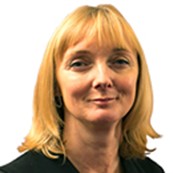 Dr Diana Montgomery was appointed Chief Operating Officer of the Construction Products Association (CPA) in May 2019, having successfully led the CPA as Chief Executive since 2012. She is a director of the Considerate Constrictors Scheme, the Building a Safer Future Charter and chairs the advisory group for the Industrial Strategy Challenge Fund.

Before joining the Construction Products Association, Diana was Deputy Chief Executive of the Chemical Industries Association where she raised the profile of chemical manufacturing in the UK, led the Responsible Care Programme and established its pivotal role in the delivery of the UK government’s sustainability targets.

Board Member and Resident of Wandle Housing 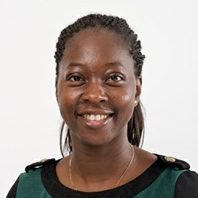 Teresa has 10 years experience in local government. Working for the LGA: a national membership body for local authorities who work on behalf of member councils to support, promote and improve local government.

Teresa has a BA (Hons) degree in Media studies and English literature from De Montfort university.

Teresa’s most recent role consisted of supporting projects within the financial sector.

Teresa is currently on the Board of Wandle Housing and serves on both the Audit & People & Governance committee. Teresa has been an involved resident since 2008 and served on Wandle’s Scrutiny Panel from 2010-13 as a member and then as the Chair. She was appointed to their Board in 2013 and actively promotes the customer perspective and takes every opportunity to add to her knowledge of the housing association sector. Teresa joined the Board to support the organisation on their journey in making a positive difference to their residents.

A key aspect of all the roles undertaken is having exceptional communication skills which she has been able to develop by working with many colleagues across various sectors.

She considers herself to be a positive force in the workplace and uses her influence and cheerful attitude to encourage others to work hard and succeed. 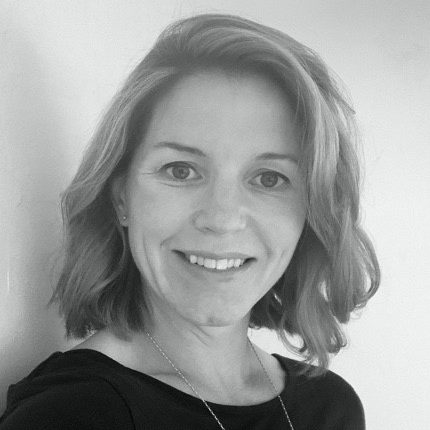 Lucy has worked within the construction sector for 19 years, having commenced her career in Architectural practice before joining main contractor Wates, where she specialised in Design Management, delivering a wide range of commercial refurbishment projects from the initial design concept phase through to construction and delivery stage.

In 2012, Lucy transitioned into Building Information Management (BIM) leading the development and implementation of a digital change management programme, to build the standards, procedures and organisational capability across the Wates business and the wider supply chain.

Over an 8-year period in her role as Group BIM Director, Lucy was responsible for the leadership and implementation of BIM across the organisation, driving the delivery of digital construction methods across residential, education, custodial, retail and commercial office sectors.

In her current role as Head of Information Management, Lucy leads a multidisciplinary team specialising in Geographic Information System (GIS,) Digital Engineering and Information Control for the joint venture partnership EKFB, who are appointed to the High-Speed Rail 2 (HS2) project. 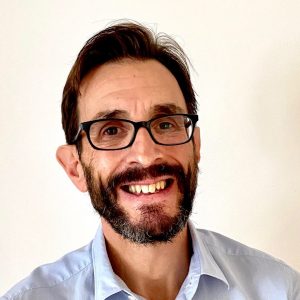 Jeremy brings 35 years development & property experience to the BSF Board. He has been responsible for leading development, regeneration and asset management programmes within large Housing Associations.

Graham has been involved with CIC since 1989: initially, as a member of the Council and its Executive Board, then as a Director. He was appointed Chief Executive and Secretary in October 1991.

Graham is responsible for the general policy and direction of the Council, for maintaining effective communication with Government, other external agencies and with members and for establishing and maintaining the CIC Secretariat and office.

He is an Honorary Fellow of RIBA, CIBSE, CABE, ICWCI, BIID, CICES and the Faculty of Building and an Honorary Member of the RICS and CIAT. He was awarded the President’s Medal of the CIOB in 2000 and the Peter Stone Award of the Association of Building Engineers in 1996. He was appointed OBE in 2008 for services to construction.

He is currently a Board member of CICAIR Ltd, Constructionarium, CUB (Holdings) Ltd, the Considerate Constructors Scheme and Building a Safer Future Ltd; and was formerly a trustee of the Happold Trust and the Sir Ian Dixon Trust. He is a Council member of the NHBC. He was a Visiting Professor at the University of Northumbria for twelve years from 2000. He has been Secretary of the All-Party Parliamentary Group for Excellence in the Built Environment since 2010. He is also Chair of Trustees for the Spanish Theatre Trust and the Cervantes Theatre.

Outside of CIC, he is an established international dance writer and critic. He is a member of The Critics’ Circle, the UNESCO Dance Council, One Dance UK and the Society of Dance Research. He has been Chairman of the Dance Section of the Critics’ Circle and of the National Dance Awards since 2010. He is the published author of three books about dance.